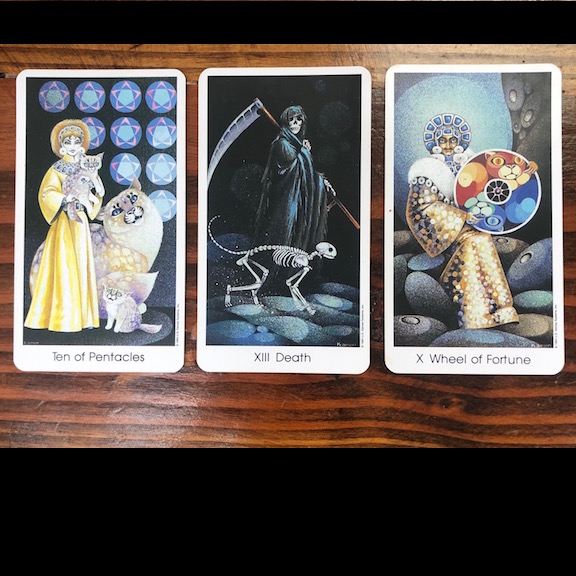 Ten of Pentacles.       Death.        Wheel of Fortune.
These cards kept appearing in readings days before the world changed, potentially forever.
They kept appearing in readings just days before the pandemic.  It did not matter which tarot system or deck I used. The question did not matter.  These cards wanted to communicate!
I received a similar message with my Lenormand cards.  However, I will save that for another post!

The Death card is sometimes described as a card of transformation. While often true, the hacking of the scythe across our land, our resources, our health, and our identities is felt globally.  The reaper from the card always had its scythe directed toward Ten of Pentacles/Coins. The Wheel of Fortune was always nearby.

The classic Rider-Waite system and other decks connect Ten of Pentacles to family inheritance, wealth, accumulated resources, business environments, and financial strength.  Meanwhile, the Wheel of Fortune often indicates huge. macrocosmic, outside forces at work that are beyond our personal control.

Many expected The Tower, or Ten of Swords, or The Devil!  I did draw The Tower as a daily when the shutdown began.  However, it was Death, Ten of Pentacles, and Wheel of Fortune that kept making themselves known in both personal and client readings.
The Thoth system took it further. 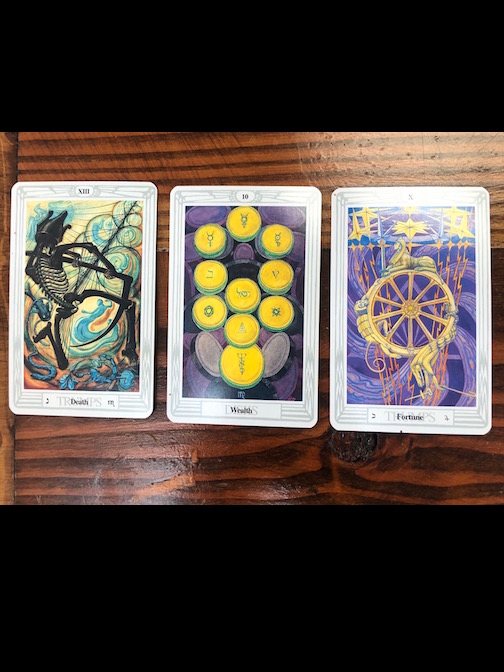 Things get interesting with Ten of Disks in the Thoth deck!

On Ten of Disks in the Thoth deck, Crowley himself writes,

"...acquired wealth, being inert, will be dissipated unless put to further use by devoting its power to obects other than mere accumulation....the image indicates the futility of material gain."

In the Hermetic Kabbalic Tree of Life, the Thoth Tarot System places Ten of Disks at the bottom due to it being the final card in the deck. It has nowhere to go unlike other cards.

Therefore, its only option is to dissipate and become reborn.

Marseille had its own spin. 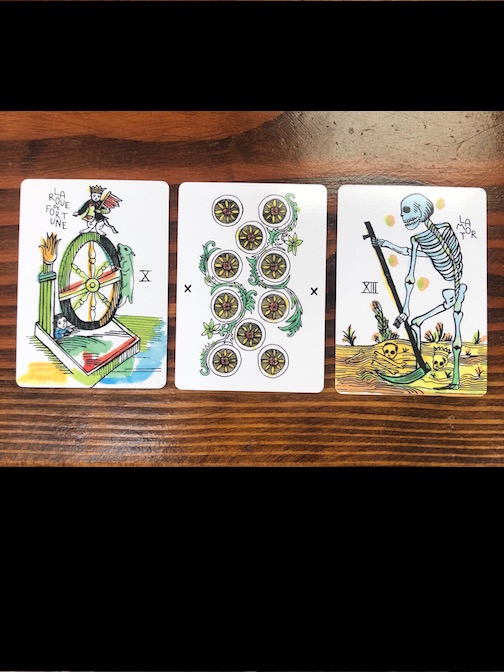 The two pairs of fives that create ten coins in the Marseille deck indiciate the highest form of resources, earned through hardship, sometimes trickery, and often dominance. That highest form is now being cut away so something different can grow.

Marseille systems often lean into numerology. The number ten is an ending and a beginning.

When you deoncstruct the number 10 you get the following formula...

So did Tarot of the Silicon Dawn, which is a system and class of its own. 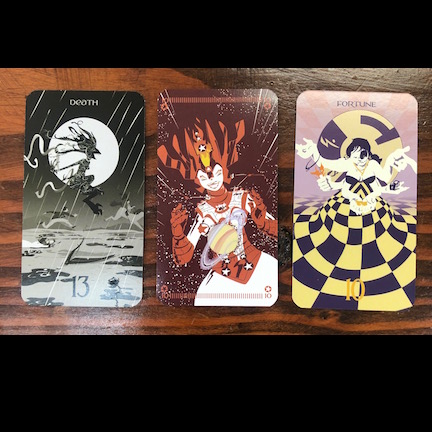 Ten of Pentacles is represented as a Queen of the Galaxy!  However, Death seems assured it can take her on.
I believe the image below sums up the three cards for our new world. 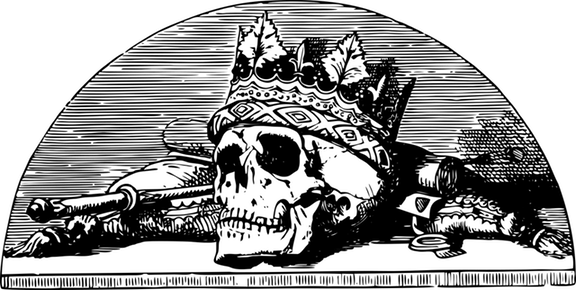 You might have heard about current planetary placements like Saturn in Aquarius, Pluto in Capricorn, and Neptune in Pisces connected to past simiar upheavals such as the Rodney King trials, the American Revolution, and the Fall of Rome.  Capricorn is conjunct in Jupiter, Saturn, Pluto, and likely every other piece of space debris until December.
Jupiter Pluto conjuncts have happened during the following historical pandemics...
The 1918 Spanish Flu Pandemic
The 1981 HIV Outbreak
Russian Plague of 1771
Black Death of 14th Century
Plague of Athens 430-427 BC
Jupiter, the Roman God of the Heavens, side by side with Pluto, God of the Underworld!
It is almost as if Heaven and Hell meet and a pandemic is the result.
Capricorn was involved in many of these placements.
Capricorn represents government, wealth, and structures in global astrology.  Cap, you are quite the seagoat!  In ancient Sumerian mythology, the seagoat symbolized intelligence, ambition, and steadiness.
Also, the seagoat was a symbol for the remarkable ability to survive in hostile, supposedly unlivable environments.

I am interested in recurring cards or messages you received if you are a card reader, astrologer, astrologist, charm caster, inuitive, psychic, or medium. Share your thoughts in the comments if you want! Also, tell a Capricorn that they bring so much good to the world if you know one. Strong humans, they are!

Or, tell the same to a living, breathing sea goat if you are acquianted with any. 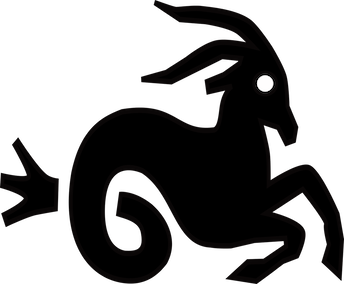